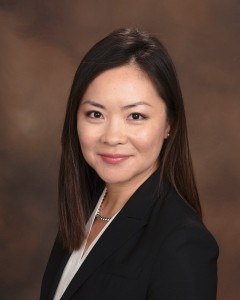 Erin Lee is an experienced, licensed attorney with the State Bar of California.  She obtained her Juris Doctor from the University of San Diego School of Law, and her Bachelor of Arts from the University of California, San Diego.  Ms. Lee is licensed to practice in all Immigration Courts in the U.S., the 9th Circuit Court of Appeals, Southern District of California, and the Central District of California.  She has served as the primary attorney on hundreds of successful cases and is passionate about obtaining success for her clients. She also speaks Spanish and Korean fluently.

Prior to working at the Law Offices of Erin J. Lee, Ms. Lee was an immigration lawyer at the Law Offices of Manuel E. Solis where she tirelessly defended hundreds of client from deportation, and fought for the unification of families in the U.S. and Mexico and other Latin countries.  She then joined Reeves & Associates, where she rose the ranks to a Senior Immigration Attorney through her success with waivers of inadmissibility, numerous victories against U.S. Citizenship and Immigration Services, and zealous deportation defense.

Prior to becoming a licensed attorney, Ms. Lee was a Legal Advisor at the Small Claims Court at the Superior Court of California located in Kearny Mesa, California.  She helped hundreds of people through the small claims process, from filing to post-judgment collection.

In her free time, she dedicates serving the community as a pro bono attorney with the American Bar Association’s Immigration Justice Project, as well as serving as an attorney advisor for the North County Immigration and Citizenship Center (NCICC).  She also is the immigration columnist for the Philippines & Asian Report, a local newspaper.  Further, Ms. Lee serves on the board of the Pan Asian of Lawyers of San Diego, and is a member of the Lawyer’s Club of San Diego, San Diego County bar Association, and American Immigration Lawyer’s Association (AILA).